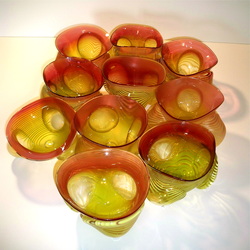 The next generation in the Pod series.  We take the threaded pod and add a raking technique, where we drag a tool across the lines while hot.  This pulls the threaded lines in whatever direction we drag the tool.  The interior color fades from a gold ruby to a lemon yellow on the inside,  with an archaic Zimmerman yellow on the outside. 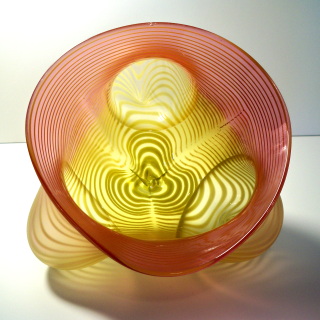 $350.00
Add to Cart
Each is roughly 8" across and 5 1/2" high. Â A rich gold ruby at the lip, with lemon yellow at the base. Â The outside is threaded and raked with an archaic yellow. Â Finished with a light abrasive to give more texture to the surface. Â The overall impression is softer and lighter. 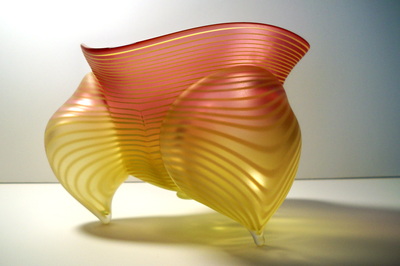 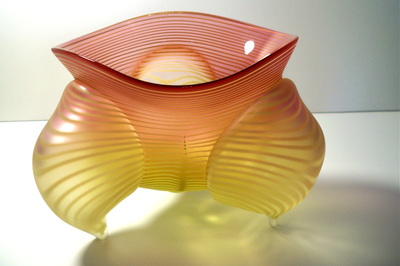 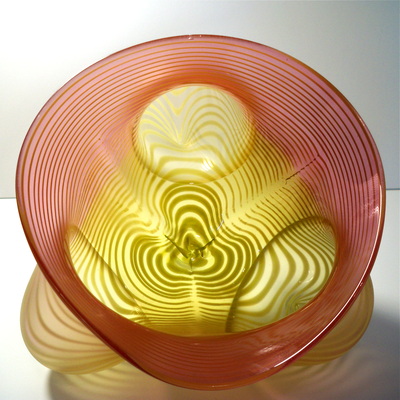 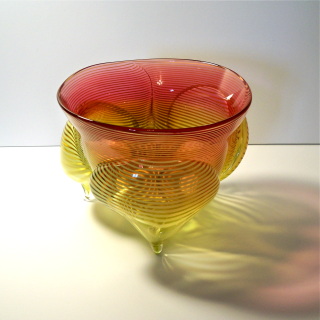 $350.00
Add to Cart
Gold Ruby at lip, Citroen at base. Â Wrapped and raked in Archaic yellow. Â The surface is glossy and clear which allows more light transmission. Â The effect is that more detail is cast with the light, giving a venetian blinds look to the colorful shadow.Â
Â Â
Measures 8" x 5 1/2" 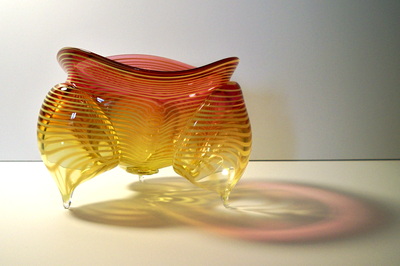 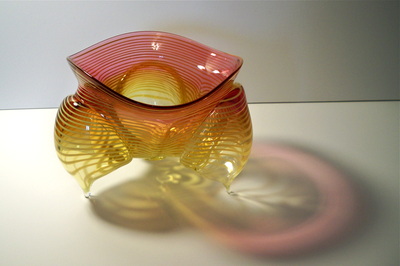 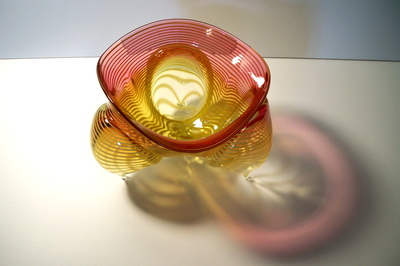 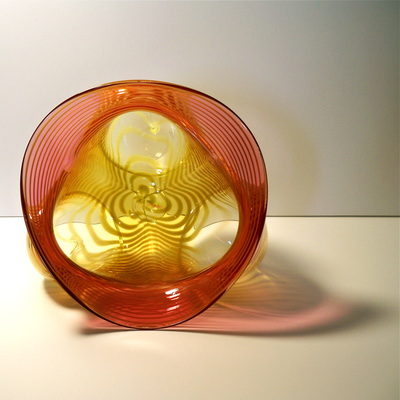 The pattern is applied as a micro thin wrap on the skin of the bubble.  The surface is super-heated and raked with a metal knife, dragging the concentric lines the direction of the tooling...then it's finished with the Balster "qualitatsarbeit"! 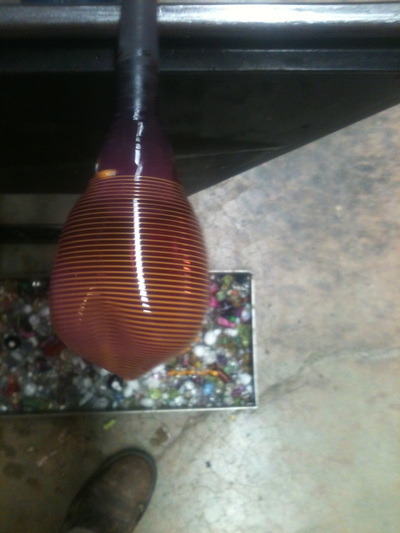 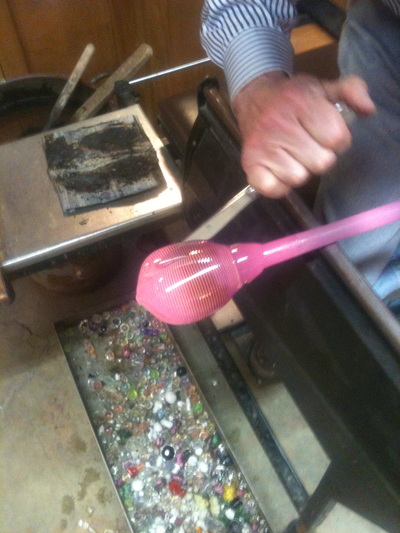 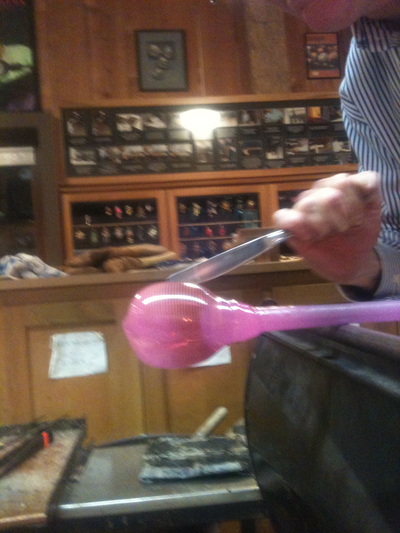 Click here to return to the Main Pods Page...